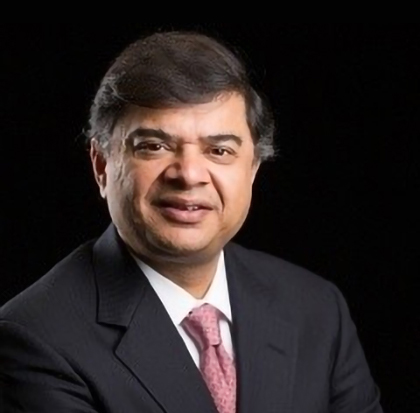 Sanjay Govil is a prominent business leader and global entrepreneur with a track record of founding and building successful businesses.

In 2001, Govil founded Infinite Computer Solutions, an innovative technology solutions company engaged in digital transformation.  In 2017, he founded Zyter, which offers a wide range of digital health engagement platforms.  Govil currently serves as chairman of the board for Infinite and CEO of Zyter.  Both companies are headquartered in Rockville, Md.

Govil’s first major business success occurred in 2001 when he founded Infinite with US$1,000 of his own money. Govil directed Infinite through its initial public offering on the Bombay Stock Exchange in 2010 where it achieved a commitment for US$1.8 billion on its first day of trading.  This far surpassed the expected US$50 million target, making it one of the most successful IPOs of the year. Under his strategic leadership, Infinite has grown into a leading technology solutions and services company with more than 10,000 employees globally. The company went private after generating multifold returns for its shareholders.

In 2017, Govil founded Zyter which offers a wide range of digital health products for providers, payers and patients that span telehealth, home health, remote patient monitoring, care management, as well as the insurance claims lifecycle. The company collaborates closely with other leading technology and Fortune 100 companies.

Mr. Govil has been recognized internationally as a business leader, visionary and entrepreneur and he participates in many think tanks on international business, foreign policy, and economics.  Most recently, he was named the Gold winner for “Entrepreneur of the Year 2019” in the business services category at the 11th annual Golden Bridge Awards®.  In 2015, he received the TiE Legends award, the “Distinguished Engineer” award by his alma mater Auburn University and in 2002, Govil won the Ernst & Young Entrepreneur of the Year Award.  He has also been featured in numerous publications around the world including Forbes and CIO Magazine.

In addition to serving as chairman of the board for Infinite and Zyter, Mr. Govil serves on the Graduate Board of Directors for the Wharton School of Business and was on the Board of USIPC. Govil is a mentor to many upcoming entrepreneurs and investors.  He most recently invested in data firm Applecart.

Govil is a committed philanthropist and supports entrepreneurship through his charity, The Sanjay Govil Foundation, as well as TiE DC’s Young Entrepreneurs Program.  Through Wharton, Govil supports K-12 education by sponsoring numerous internship opportunities.  He also sponsors multiple initiatives at the University of Pennsylvania on international corporate social responsibility. Govil earned his Bachelor of Science in electrical engineering from Auburn University.  He then completed graduate studies at Syracuse University and the Wharton School of Business.

Who We Are
Products
Services
Resources
© 2021 Casenet®, LLC. All rights reserved.